Skip to main content.
Skip to other pages in this section.
Skip to top level navigation.

Hi there, this is our latest Facebook feed & stuff 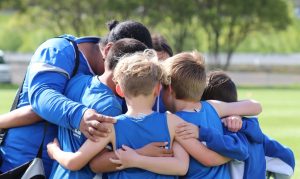 This term we have nine teams competing in the local touch competition at Fraser Park. It is great to see so many year 1 & 2 students taking part.

There is some great competition taking place on game day.

A big thank you to all the coaches, parents, teachers, who are all helping out to ensure the teams run smoothly.

Thank to Rosa for the awesome action shots taken.

Another great term of Floorball has just started with eight teams taking part.

Thank you so much to the helpers who assist the teams.

The improvement in teams since floorball started last year is amazing. It is also great to see the little ones starting out.

Thank you to Johanna and team for the amazing competition they run.

Many thanks  also to Rosa for the awesome photos.

This term we have three teams taking part in the sessions.

Thank you to the star helpers who help take the teams.

I understand ilana Kapp has also arranged some extra practices for the girls which is great. Thank you for that.

Hope everyone enjoys the next few weeks of play.